One of the greatest XX century achievement has been the increase in life expectancy of mankind, specially people living in Spain and other western countries, brought about by, among other factors, the improved public health and welfare conditions. Over the last 45 years, Spanish development model has enabled an increase in the number of people reaching old age and doing so in a situation of relative financial stability. However, the increase in life expectancy coupled with a significant drop in the birth rate over the last 30 years has led to a rapid transition to an ageing population.

At this time it is estimated that in the European Union there are only two people of working age for each adult of 65 years or more. However, the challenge and scope of ageing populations varies for each of the member countries. Spain stands out as one of the countries where it is most prominent, reaching rates of around 32% in 2050, only exceeded by Italy and Slovenia.

According to demographic forecasts, this situation will persist over the next few decades. It is producing big changes for the different generations and for most areas of social and economic life. Spanish Law 39/2006, 14 December on Personal Autonomy and Dependent Care (known as Ley de Dependencia) represents the legislative response to the challenge of those individuals who are in a particularly vulnerable situation and require support to carry out the basic day-to-day tasks, to attain a greater level of personal autonomy and to be fully able to exercise their rights as citizens.

The long-term care benefits are channelled through the provision of services and financial assistance on a oneoff basis. Priority is given to the provision of services which cover the needs of individuals with difficulties managing basic day-to-day tasks independently. These are provided by the various regional governments through public provision and the Social Security network by way of authorised public and private care homes and services. If care cannot be provided through one of these services, a related financial allowance is granted to cover the expected cost of the anticipated services, which must be provided by an authorised body or care home. Priority in accessing services is given according to the degree and level of care required in conjunction with the applicant’s means. Until the network of services is fully implemented, individuals requiring long-term care who are not entitled to the services on the basis of the priority system, are entitled to the allowance mentioned above.

The law has gone through several phases of application. Until 2010 it was quite expansive. That year severe cuts were applied due to the international financial crisis. Starting in 2021 and with the help of European funds, it is intended to give a new life to a Law that will face serious demographic challenges for the future.

The unknown that flies over the elderly care sector in Spain is how the overcome COVID-19 pandemic will affect the future of the sector. Will there be new regulations that will increase requirements and costs? Will home-based care models be chosen? What effects can these decisions have on the supply and demand of places?

Those questions will be answered over time. In the meantime, if you want to enter the geriatric nursing home sector in Spain, it is worth going in good company.

Popular posts from this blog

How much do people working in care homes in Spain earn? 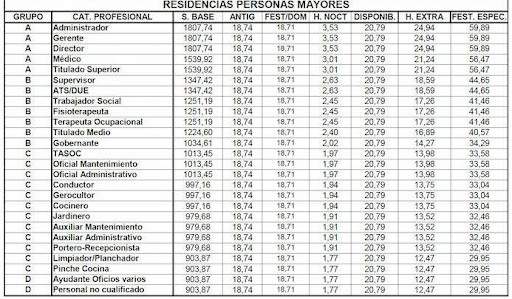 How many elderly people live in nursing homes in Spain? 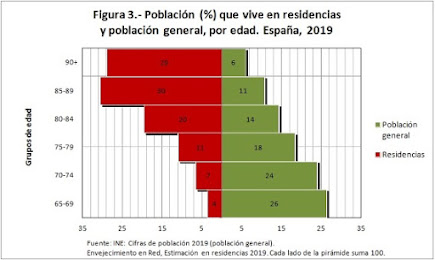 Eventhough news outlets and social networks publish data about the number of nursing homes and people living in them, as of March 2021 there are no reliable statistics on the population who live in care homes in Spain.  There are some data that describes different dwellings where older people live but they don’t refer exactly to nursing homes. During 2020 the Covid-19  health emergency led to a high number of deaths among the elderly, specially those living in care homes. This terrible event has highlighted the scarce and scattered information and the general lack of knowledge about life in care homes, very close to a general social, political and health neglect, which has unnecessarily damaged the image and the good work of most of these institutions and the staff who work in them. Envejecimientoenred, a web site that deals with elder statistics, tried to fill the gap publishing a report in mid 2020.  They estimated that on average 322,180 people aged 65 and over live in nursing home
Read more

February 25, 2021
I recently heard a lecture by Juan Pablo Correa, a senior care technology specialist, in which he said something that caught my attention: in the near future, residences will be “buildings that feel”. My first thought made me believe that he was talking about "buildings with feelings" which I found poetic, although incredible. Very soon I understood that he was talking about buildings with senses! That will be somewhat more prosaic, but vastly more interesting. We know that in order to offer care to people who live in nursing homes, the most important thing is staff and professional team. People who make their knowledge, senses and physical strength available to the elderly, coordinating to do so through the use of protocols, registers and programs. Today we already have cranes and other utensils that allow us not to depend solely on muscular strength; there are also management software and other technological aids. What will happen when existing technology joins artificial i
Read more